Got an inquiry or comment? We want to hear from you! Solicitations for web services will be considered SPAM and immediately deleted 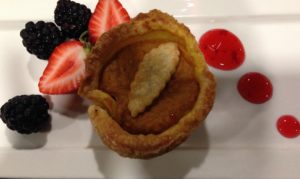 As an American, I’m fortunate to have had lots of opportunities to visit Canada throughout my life, first as an East Coaster and over the last decade as a West Coaster.   Aside from the beautiful terrain and super friendly people, I always thought the food just tasted better north of the border. From a social/cultural, food policy, and dietitian’s perspective, I believe that Canadians don’t just enjoy better tasting food but also enjoy a healthier diet than Americans. They seem to just eat better than we do. So on the occasion of this week of Canadian Thanksgiving, I thought it apropos to highlight some ways I believe that Canadians have it better than Americans when it comes to food.

Quite simply, Canadians Really Care about the Food they Eat

Sure Canadians have their Tim Horton’s donuts and their poutine. But they also have a culture of demanding higher quality of the food they eat. As an example, the Canadian hamburger chain A&W has a successful marketing campaign boasting their burgers taste better made from hormone-free beef. How is it successful? Because everyday Canadians are learning about hormones in their meat and are rising up against it! And although I don’t eat meat, I can emphatically assert that all food produced without pharmaceuticals or processing ingredients tastes better. I’m waiting for the day when Americans en mass start rising up against hormones in their meat and dairy products!

In general, Canadians seem to have a penchant for real versus processed when it comes to food. Fishing the vast lakes, rivers, inlets and glacier streams is a common livelihood for some, and a past time for many. In contrast, the vast majority of Americans are raised to associate fish with frozen fish sticks and Filet-O-Fish sandwiches. The local fast food pizza chain serves freshly chopped vegetable toppings, never canned. Even the tiny airport café at a remote airport in the way in the North of British Columbia serves home made soups, lasagna and other specialties of the day for guests traveling through. Vegetarian options too (they are in BC after all). They could just have crappy vending machine or fast food like we’d likely see in such places in the U.S. but instead they cook from scratch for the locals.

Who knew Canada was such a place for foodies? On the West coast in the province of British Columbia, Vancouver is the mecca of vegetarian, vegan, gluten-free, organic and specialty gourmet restaurants from value menu to expensive haute-cuisine hipster. La Taqueria is an authentic Mexican restaurant in downtown Vancouver that offers 10 different kinds of freshly made tacos on their menu at a price of 4 for around $9.00, all made from organic vegetables, wild salmon or grass-fed beef. I asked the manager how he could serve those specialty ingredients at such a low menu price, to which he proudly answered, “That’s what our customers want!” Wow. I ask myself why Americans aren’t demanding the same? You have to cross the country to the province of Quebec to find the most epicurean experience in Canada, where old world French taste, style and culture is thriving. The Quebecois demand the highest quality in food, ingredients, and preparation, and are in a class by themselves beyond the rest of North America. I think if it weren’t for the poutine and wine they serve, fast food chains would no longer exist in Quebec.

Although far from perfect, Health Canada, Canada’s equivalent to the U.S. Food and Drug Administration (FDA), has enacted food policy that makes food healthier in Canada. Of course Canada has Safeway and Whole Foods supermarkets as well as Canadian-owned stores selling pretty much the same items across North America. And those stores are filled with the big food behemoths of Kraft, General Foods, General Mills, Kellogg’s, Nestle, Con Agra, etc. But beyond the bilingual Canadian food packaging, there are some important ingredient differences between Canadian and American products that make a huge difference when it comes to food quality.

Take high fructose corn syrup, for example. Derived from genetically modified corn and heavily processed, HFCS is the most ubiquitous sweetener in American food today. It’s in everything you can imagine from bread to condiments to beverages and more. Americans love things sweet but prefer to avoid products containing sugar. The trouble is HFCS is still processed as sugar in the body and worse, is believed by many nutrition experts to be linked with insulin resistance and Type II Diabetes. Still HFCS is as prevalent as ever in American refrigerators and pantries. In contrast, the same Canadian products are sweetened with – are you ready? – sugar! And those same products taste, well, better. Don’t believe me? Next time you happen to be in Canada, compare your favorite candy bar with the one you like to eat in the States. Ketchup is another great way to compare the two.

Another major ingredient difference between Canadian and American food products is found in dairy. Canadians don’t have to worry about hormones in their milk and dairy products as Recombinant bovine growth hormone (rBGH) is completely banned by Health Canada, as it has been in Australia, New Zealand, Israel and the European Union. American health policy activists have tried to inform the public of the risks of using this hormone in dairy cows, but their attempts have been met with overwhelming opposition by the powerful dairy and pharmaceutical industries, and their government liaisons. One can really taste the difference, too. Canadian yogurt companies like BC-based Olympic and Quebec-based Libertè make delicious organic yogurt that rivals that of Europe.

Other ingredients that have been banned in Canada but are still found in American foods include bread with Potassium Bromate (an additive found in commercially breads and baked goods) and Olestra. Studies have linked Potassium Bromate to kidney and nervous system damage and cancer, and it is additionally banned in China and the European Union. Proctor and Gamble’s calorie and fat free substitute of Olestra has been linked to GI disorders and nutrient malabsorption and is additionally banned in the U.K.

Food policies in the U.S. seem to suggest that policy makers care more about protecting American agribusiness and special interest groups than protecting the American public. Perhaps this would change if everyday Americans would be closer to Canadians in caring more about the food they eat.

What about GMO Labeling? Can Canada save the day?

As Canada follows much of what the U.S. does, unfortunately Canadians are not any better protected against the proliferation of genetically modified (GM) foods in their food supply than are Americans. Agribusiness and the big food lobbyists have spent billions of advertising dollars in the U.S. over the years to defeat GMO labeling laws. And today the vast majority of Americans are completely unaware of or indifferent about the GM ingredients they are eating. But a recent national Ipsos Reid poll commissioned by the Canadian Biotechnology Action Network (CBAN) reveals 88 % of Canadians want GM foods labeled on grocery store shelves and over half oppose genetically modifying crops and animals for food production altogether. Granted the population polled was only 1000+ people but that’s probably a good study size for Canada. In addition, poll results revealed that 6 in 10 Canadians are not confident in government safety and the regulatory systems for GM foods.

Knowing how Canadians care about the food they eat, the study seems plausible. Canada’s population is about 35 million, approximately the same size as the state of California. If 88% of Californians had voted for Prop 37 in 2012 to mandate GM labeling, the U.S. and most likely Canada would have GM labeling today. I wonder if the same anti-GM labeling campaigns that have won over the American public would work the same in Canada. My hunch is they would not. Would Health Canada ever mandate GM labeling ahead of the FDA? I seriously doubt it. But as more than half of the European Community continue to ban GM crops, I’ll continue to pray for a Canadian consumer uprising that would force Health Canada to finally enact GM labeling.

A Call to Action!

So on this week of Canadian Thanksgiving, Canadians have a lot of be thankful for when it comes to the food they enjoy. They also have a duty to demand more from their government’s food policy-makers. When it comes to GM labeling, it doesn’t look like Americans will be leading this battle anytime soon. So it’s up to you, Canada.

Canadians, you got this! 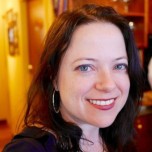 As a plant-based Registered Dietitian Nutritionist and Board Certified Integrative and Functional Nutrition Practitioner, I help my clients with the knowledge and tools they need to heal their body naturally, the way nature intended. As a Marketing Consultant, I'm passionate about supporting healthcare and wellness companies that authentically promote health and sustainability for people, animals and the planet.

Stay in touch with the latest from Denise

As a plant-based Registered Dietitian Nutritionist and Board Certified Integrative and Functional Nutrition Practitioner, I help my clients with the knowledge and tools they need to heal their body naturally, the way nature intended. As a Marketing Consultant, I'm passionate about supporting healthcare and wellness companies that authentically promote health and sustainability for people, animals and the planet. Read More… 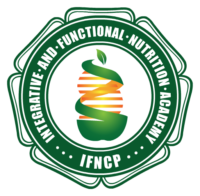 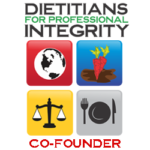